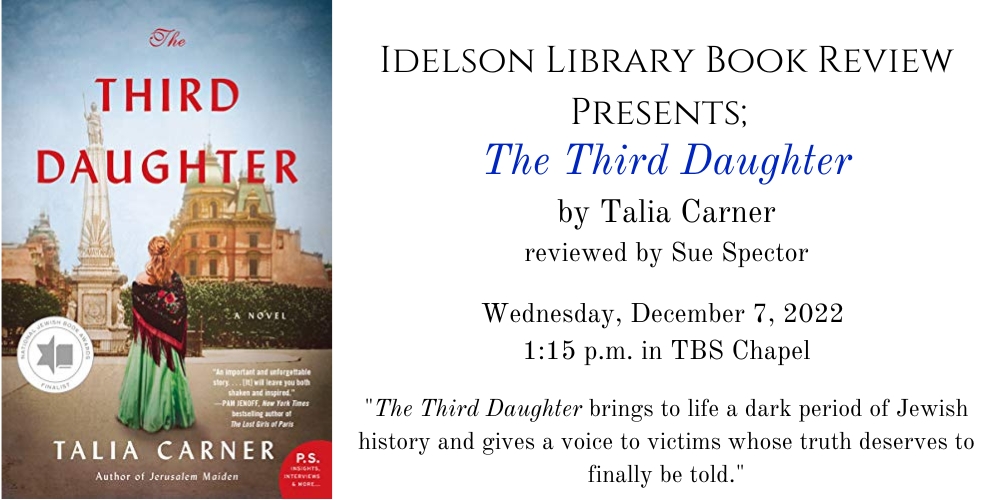 The Third Daughter by Talia Carner, reviewed by Sue Spector

The turn of the 20th century finds fourteen-year-old Batya in the Russian countryside, fleeing with her Jewish family from endless pogroms. Desperate, her father leaps at the opportunity to marry Batya to a worldly, wealthy stranger who can guarantee his daughter an easy life and passage to America. Her new “husband” brings her to Buenos Aires and now Batya is one of thousands of women tricked and sold into prostitution. A powerful story, inspired by little-known true events, of finding courage in the face of danger, and hope in the face of despair, The Third Daughter brings to life a dark period of Jewish history and gives a voice to victims whose truth deserves to finally be told

The event is free and open to the public.

Light refreshments, sponsored by Sisterhood, will be available in the Chapel foyer after the book review.