Rabbi Siegel began his career teaching speech and English in a Portland, Oregon public high school. He received a Bachelor of Science in Education from the University of Minnesota, a Bachelor of Hebrew Literature from the University of Judaism in Los Angeles, and a Master of Arts in Judaica and rabbinical ordination from the Jewish Theological Seminary in New York. He was awarded a Doctor of Divinity by JTS. Rabbi Siegel's professional accomplishments include serving as a pulpit rabbi in Vancouver, Richmond, Minneapolis, and Houston. He was also the founding director of the Solomon Schechter Day School of St. Louis. In 2003, he founded the “Jewish Information Center of Houston,” an outreach program to unaffiliated Jews.

He has staffed and directed Jewish summer camps, which had inspired him to become a rabbi. He served as a chaplain in the U.S. Navy and has previously served as interim rabbi for congregations in Los Angeles, San Antonio, Tampa, and Charlotte. He currently writes a weekly blog for the Houston Chronicle.

Rabbi Siegel is the proud parent of three children and eight grandchildren.

Nancy likes the challenges that come her way on a daily basis. With her attention to detail, experience and "can do" attitude, it has created a winning combination for her and TBS! At TBS, she handles the day to day business needs of Temple Beth Sholom, staff, and board relations. She is the liaison between the staff and the TBS Board (including committees). She handles member needs regarding statements & membership concerns and deals with business vendors and suppliers for TBS. All with the help of her dog, Finn (pictured right). Reach out to Nancy if you have questions about billing, your current membership, or the temple in general at nhendricks@templebethsholomfl.org. 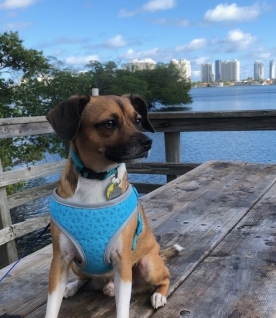 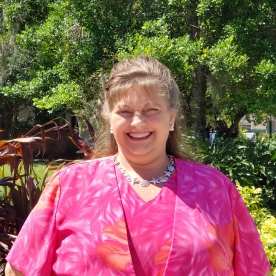 Kelly grew up in Englewood and has a beautiful family with her husband of 32 years including two children and a grandson! She loves outdoor activities such as hiking & swimming as well as reading. She also loves TBS! She assists the rabbi with all needs, including synagogue calendar, rabbi’s schedule, announcements, bulletins, congregant interaction with the rabbi, and new member needs and updates. She is the main contact and keeper of the TBS calendar and first step in scheduling a meeting, program, dinner, event, etc. Reach out to her if you need help scheduling anything or have questions regarding the rabbi, high holidays, calendar, or events. Contact Kelly at knester@templebethsholomfl.org.

Before starting at TBS in early 2019, Lex completed her Master's degree in Edinburgh, Scotland. She is also addicted to travel. She works with the rabbi and program committee on any special events and programming.  She handles the outreach/PR/marketing materials for the synagogue including the TBS website, The Messenger, Facebook, Instagram, JNET, newspapers, Visit Sarasota, and other media outlets. She works with the Rabbinical Assistant on joint needs including PREP, Youth, and religious events. She will handle TBS volunteer relations and coordination as well. Contact Lex about marketing, The Messenger, social media, PR, and the TBS website at lcalaguas@templebethsholomfl.org. 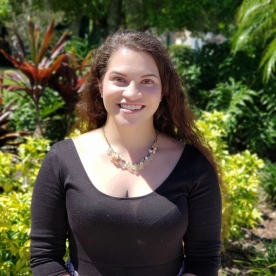 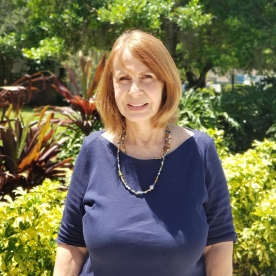 Jaci handles donations, tributes, and questions regarding billings. She assists Men’s Club and Sisterhood with minor administrative needs as well as bulk mailings.  She also works with the Cemetery Committee on those needs including plaques. Reach out to her for questions about donations, tributes, yahrzeits, or questions about the Temple Beth Sholom Cemetery. Contact Jaci at jbabin@templebethsholomfl.org.

For years, Susan lived and worked in West Palm Beach. She has three daughters, four grandchildren, and five dogs. She's found happiness in Sarasota and within the TBS family! Susan is in charge of our TBS kitchen and handles all of our in-house catering needs from small luncheons to shabbat dinners to elaborate kiddishes. She also prepares and serves our community Passover Seders. Susan enjoys working with our devoted TBS Kitchen Krewe who always lend a hand in our many catering preparations. Susan, along with Rabbi Werbow, assures a clean, kosher kitchen. As a certified food service manager, Susan runs a food safe, well-functioning kitchen at all times. Contact Susan at catering@templebethsholomfl.org. 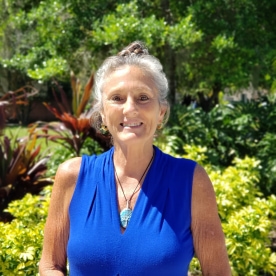 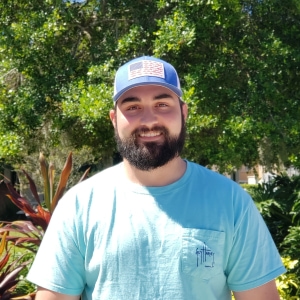 Duane handles the day to day needs of the temple regarding building maintenance and event/meeting set-ups. He deals with appropriate suppliers to ensure smooth operations and proper upkeep. Additionally, he oversees the facility needs in Building 1 as well as works with the Facility Manager in Building 3 (Community Day School). Email Duane at drushing@templebethsholomfl.org.

Phyllis and her family have been members at TBS for many years. Although she is trained as an architect, she graciously helps us with our monthly publication of The Messenger. She corresponds with our contributors and acts as an editor. Feel free to contact Phyllis at tbsmessenger@gmail.com. 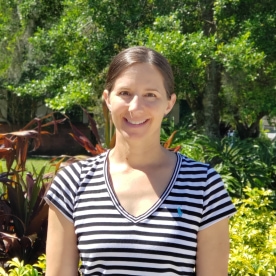 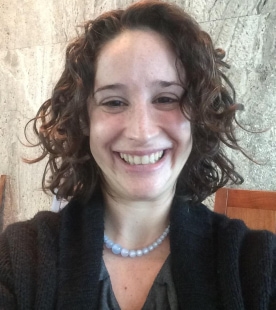 Evie grew up in Israel and has been teaching and tutorng both adults and teens in Hebrew as well as for their Bar/Bat Mitzvahs for the past 16 years. In her free time, Evie enjoys cooking, hiking, and spending time in nature.

As the Chalutzim & Kadima Advisor, she helps plan, run, and organize all of our youth programs and events including our Shabbat Shaboom and Youth Havurah. Contact Evie at eviesrqwork@gmail.com.