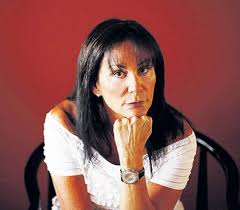 Tuvia Bielski and his brothers’ story was portrayed in the 2008 Hollywood movie “Defiance” starring Daniel Craig, Liev Schreiber and Jami Bell. This program is co-sponsored by Jewish Federation of Sarasota/Manatee, Butterflies of Hope and Remembrance and Temples Beth Israel and Beth Sholom. The title of her presentation is “Growing Up Bielski.”

Many believe that the Bielski partisans’ achievement is on par with more famous acts of wartime courage such as those performed by Oskar Schindler and the heroes of the Warsaw Ghetto Uprising. Tuvia Bielski, along with his brothers Asael and Zus led a group of Jewish partisans who hid in the forest. Although always hunted by the Germans, Bielski’s group continued to grow. They periodically raided the ghettos to help people escape. As leader of the Bielski partisans, Tuvia’s aim was to save the lives of Jews, where he could make a large impact. The Bielski partisans carried out attacks on railroads and roads that the Nazis were using as supply routes. At times, the Bielski’s joined forces with Soviet partisans engaging in guerrilla attacks against the occupiers raiding German convoys loaded with supplies, killing Nazi soldiers. They also sought out and executed Nazi collaborators, including one man who lived in the Bielski’s boyhood village. Ultimately the Bielski’s saved the lives of more than 1,200 Jews.

Ruth Bielski Ehrreich was born and raised in Israel (Palestine). She is the daughter of Tuvia and Lilka Bielski. Ruth retired from the fashion industry after almost 30 years as president of her apparel and footwear company.

When she is not volunteering at the hospital, her synagogue, or various other Jewish and community organizations, she travels throughout the United States and abroad to share the powerful story of her father Tuvia and his brothers. The three brothers formed the largest armed, Jewish partisan brigade whose mission was to save as many Jews as possible; men, women, children, the elderly and even the infirm.

Ruth’s focus remains steadfast: to continue to promote public awareness about the Holocaust and to emphasize the heroic acts of Resistance of the Bielski brothers. She also wants to ensure the story and legacy of her father Tuvia so that it remains in the forefront of Jewish History and Holocaust study.