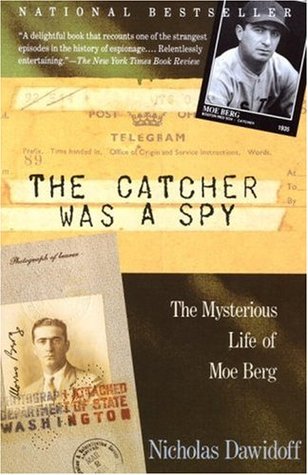 Idelson Library Book Review: The Catcher was a Spy

The Catcher Was A Spy: The Mysterious Life of Moe Berg

In this book written by Nicholas Davidoff, Moe Berg was a number of things: a very bright Jewish boy who went to Princeton and did some time at the Sorbonne, a person who spoke 12 languages, an OSS spy during World War II, and a 3rd string catcher in the Major Leagues. In fact, he is the only baseball player whose name is on the wall of honor at the CIA in Washington, D.C.

Light refreshments at 12:45 pm and after the review in the chapel foyer.